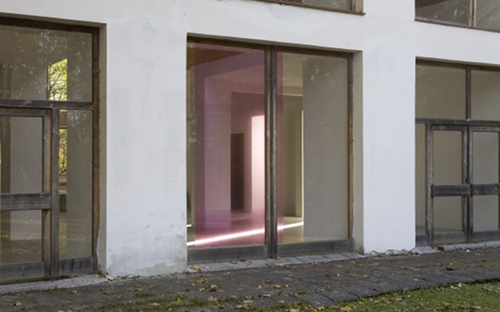 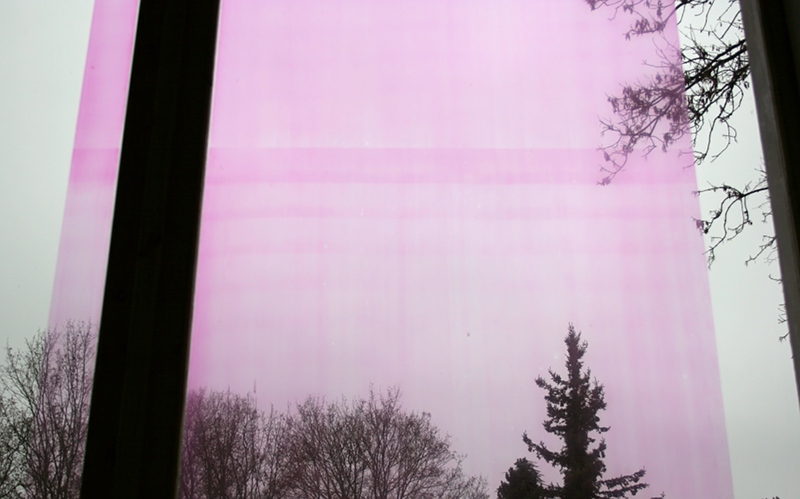 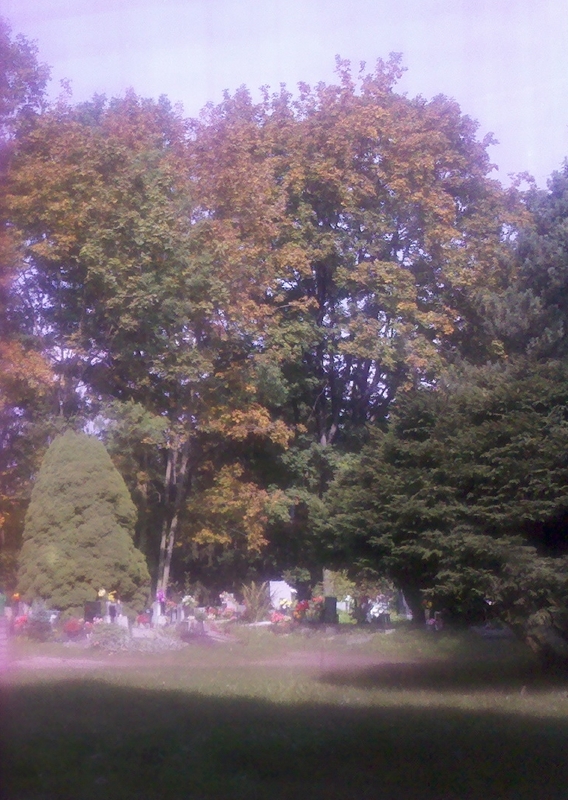 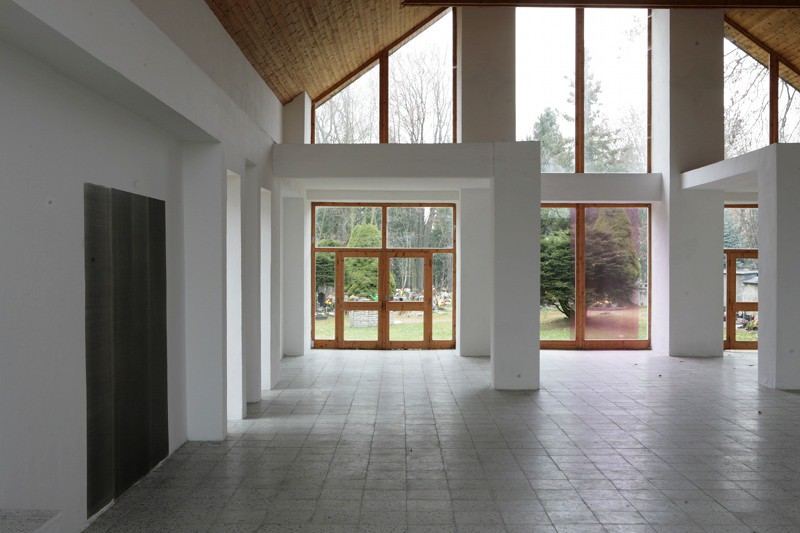 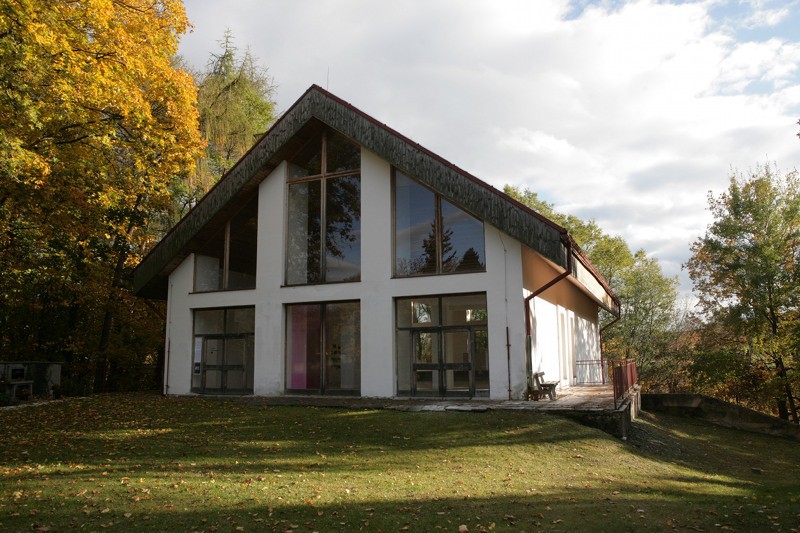 Na shledanou (meaning „goodbye“ with an optimistic promise of „we will see each other again“ in Czech) is the name chosen by the curator Jan Freiberg for the funeral home turned into a gallery. The surrounding cemetery makes it a special place, where invited artists are asked to create site-specific projects. Most of the recent works were wall paintings, painted white again at the end of the exhibition to let the next artist to start anew. The 11th layer was my turn.

The architecture of the building has strong sacral features. First of all it is almost strictly symmetrical. It has two opposite window facades, through one people enter, the second one makes the background for the catafalque. The importance of this movement is clear. The ground with the catafalque is raised three steps higher, chancel-like. At the entrance there are two unfinished oratory structures. Built in the period of the highly secularized socialist regime and left unfinished the house never served its original purpose, remaining a sad, schizophrenic, no-man’s land.

The issue, at the beginning of my work, that I wanted to address, was the following: How to treat a space with such a loaded context in a less symbolic way, to both avoid easy reading and enable the work to be perceived more sensually than symbolically?

I worked with black and magenta offset printing inks. They are two colours of the CMYK basic printing colours. Instead of making wall paintings, I worked on the glass window panes. The black can be considered in connection with death, but rolled thin on the glass it results in translucent film, darkening just a bit the view of the forest behind the catafalque. The rectangle plane outlined, to be coated black, spreads through several window panes divided vertically by their frames, but not depending on them. This painterly field is composed out of three horizontal bands. The field is assymetrical regarding the axis of the building. It moves behind the catafalque, on top of the three steps raised ground. The translucent surface is not clearly visible from a distance.

Employing the same technique and similar off-symetrical position, I used magenta for the opposite window facade. Facing the cemetery it works like interface towards people who come to visit their families’ graves. People coming to the water tap nearby to take water, hanging around for a while, waiting for the can to fill up, seemed open for something to look at. Bright magenta seemed a good way to catch their attention. From a distance, it works like a sign. When viewed from the outside, the interior with the catafalque turns magenta, and when looking from the inside out, the cemetery view appears a foggy pink. These two window works create an axis. The other two cross it. One is a black square wallpaper, composed of vertically placed ink covered stripes. The second is a set of A4 papers with rectangles of various sizes and shades from light to black.

I offered views to the eyes, exercise in setting proportions to the body and hints of language to the mind aiming for classical yet imperfect. „Imperfections“ of material, process, composition and context appeared during the execution, making this attempt at reflecting on symmetries and death very alive.

photos by Jan Freiberg and JN