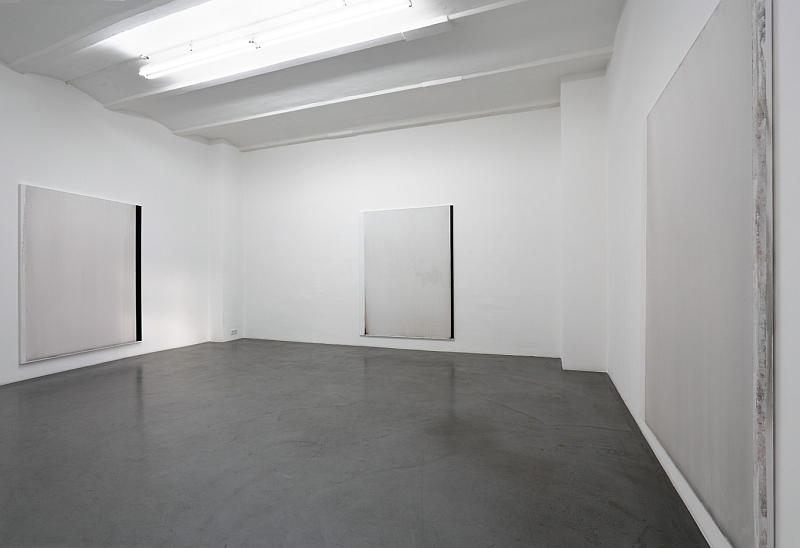 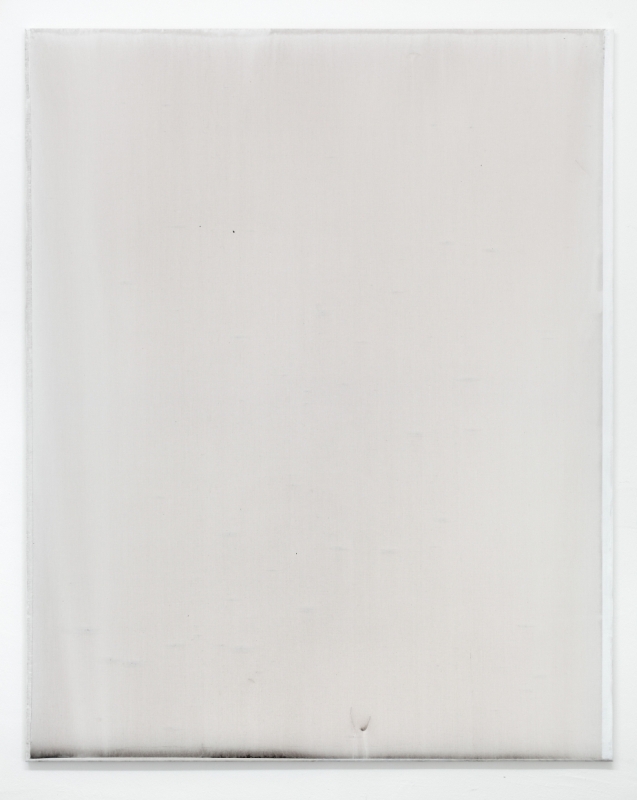 A painting knows what it wants to be.[1]

A painting is something artificial, yet even so it is naturally self-evident to the highest possible degree. As if it originated by itself, without any effort on my part. This peculiar detachment provokes my curiosity and engagement. Even given the enticing notion that “aural depictions of the past often consist of objects produced in such a way that they are not in fact ‘the work of human hands’”[2], I maintain an awareness of the painting as a thing, an object that is “manufactured”. Working within certain rigidly defined guidelines and the consideration and acceptance of random processes together form a single whole. At the same time I consider verticality (of format, composition) and a scale of 1:1 (human figure: painting) to be constant parameters of a certain “basic (default) setting” with respect to the perceiving viewer. On this background, the paintings “reveal” their essential properties, whose values reach slightly above zero, i.e. cross over the boundary of visibility. These include a limited range of colours which seem to arise from white only, as well as the depiction of the surface of the painting, which appears to be only just detaching itself from the surface of the canvas, as if it were some kind of initial “motif” of painting itself, appearing almost to blend both with the surface and the format of the painting-object. The process outlined is not necessarily unidirectional – it may concern extinction as well as creation. Withdrawal / advancement. In any case, however, at stake is movement within a narrowly delimited “phase” of minimal visible transformations (of colour scheme, composition) which also give rise to an important “functional” aspect of these paintings consisting of making the medium of painting visible. A minimal mutual differentiation seems to be a general and basic process here, on the backdrop of which it is possible to materialise – or at the very least point to – certain variables of time and space and in particular their resultant phenomenon – a place. Standing in front of a painting, I sense the existence of here and now with the awareness, however, that “Now is the inner image of the Past.” [3]

[1] variation on statements by Louis Kahn: „What a thing wants to be.“ „A space which knows what it wants to be is a room.“ etc.
[2] Georges Didi-Huberman, Devant le Temps / Before Time
[3] „das Jetzt das Innerste Bild des Gewesenen“, Walter Benjamin, Das Passagen-Werk / Arcades Project